Love affair – that was this year’s NC State Fair tagline – I thought that was really clever and for one three year old (and many more, I expect), it was very true. Cailee is finally starting to understand where we are going and what we are doing, but most importantly, what she wants to do. No sooner had we entered the fair, did we see (& hear) kids blowing horns, therefore she had to have one. Fair organizers were smart – they put the souvenir stand right where you are entering/leaving (and one every twenty feet) just to capture the eyes of the 3 year olds. So we got a plastic horn (worth 50 cents but paid $5.00) and had to endure Cailee’s [sweet] tunes all night.

This year it was all about the rides and lights, she had little time for the food, but the lights and the rides were the draw. She wanted to do the merry-go-round. We got to the kiddie area and she changed her mind – it was all about the bouncy (you know, the thing where they strap you in and you jump up and down on a giant trampoline. I had no idea she would go on that – assumed we would wait in the line only to have her bail at the last minute. That has been her MO. So we coerced her into going on the Carousel (which she loved), and then endured the bouncy line (which turned out not to take too long) and low and behold, she did it and loved it (see video).

She wanted to do the catch a fishy game (which thankfully did not land us with a real fish, just a nice plush fish that is now known as Nemo). Cailee and I did the giant slide, again, I expected she would be a little concerned at the top of the slide that was at least 50 feet off the ground (I was, at least), but not Cailee. That child has little fear when it comes to things she wants to do. Then JJ and Cailee road the caterpillar roller coaster (she thought it was a train, so I expected she might be a little alarmed at the dips and drops, but no, she loved that too, even so much that she put her hands up in the air at all the right times.

We closed off the night with a pony ride, a visit to the petting zoo and left the fair watching the fireworks (another first for Cailee, generally she has been a little nervous around fireworks, but I think she is starting to outgrow that). Connor was a trooper – even taking a nap at one point – who takes a nap at the fair? Otherwise he seems to enjoy the people watching and attention he was getting and was content with his view from the stroller. 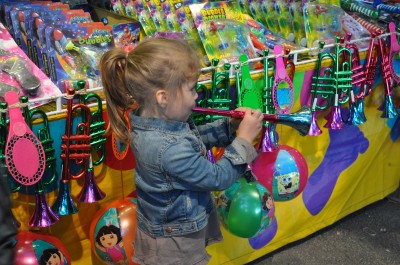 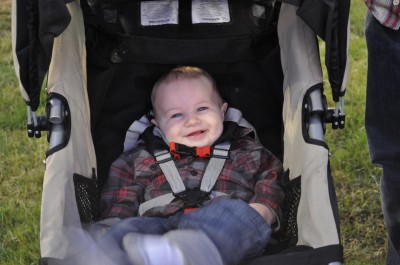 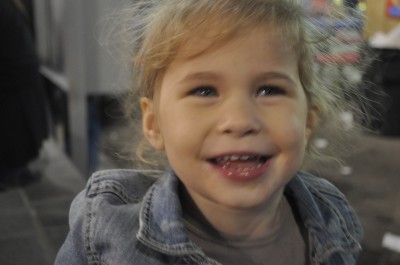 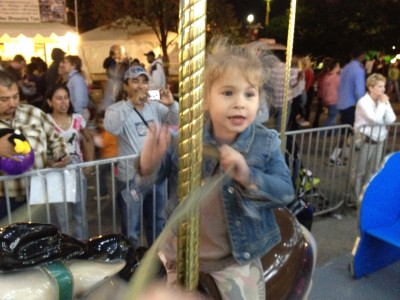 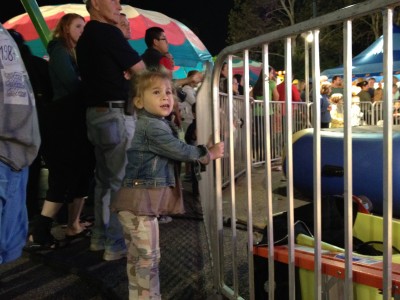