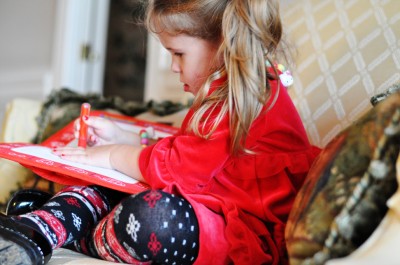 So now things are really out of order. I posted the post-Christmas pictures before I posted the remainder of the Christmas day photos. Christmas afternoon, as has become the tradition, we brought the havoc to the Dewar house. This year, more than any so far, Cailee and McKinley have really been able to play together – with minimal oversight (and that’s really just required to make sure that GG’s house and all her beautiful things remain in tact, for some reason three year olds think everything is a toy, including the Waterford crystal clock she was holding at one point I happened upon her). To burn up some of their energy, we did a lot of running around outside. Thank goodness it was an unusually warm Christmas. To me, one of the best things about GG and GDaddy’s house is a huge yard, with secret passageways (to the neighbor’s yard), a muddy pond (I was terrified one of the girls, in their pretty dresses, was going to fall in), a barn, and tractors (yes, McKinley steered, and Cailee shifted, luckily they didn’t know how to turn it on). We did it all and then we did it again. 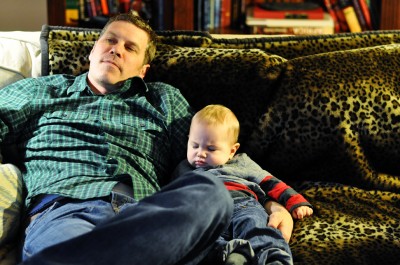 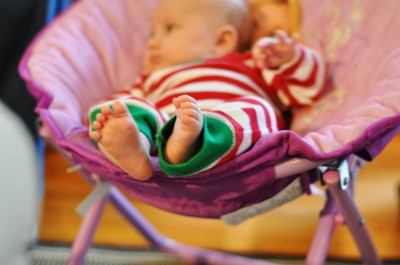 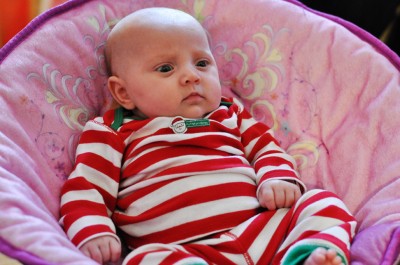 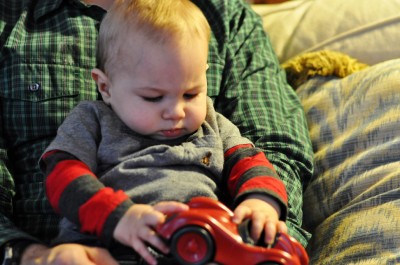 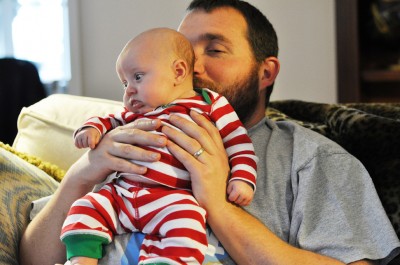 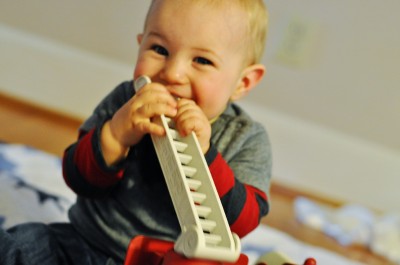 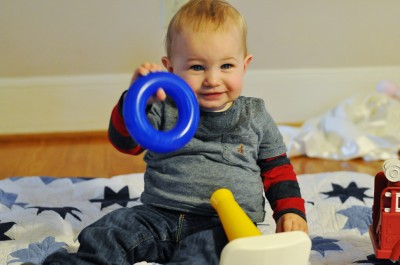 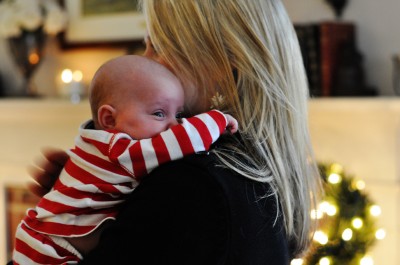 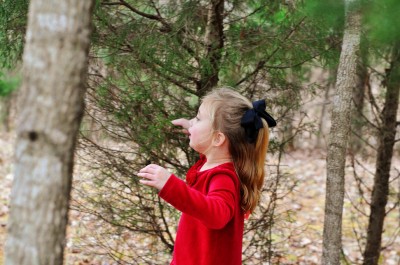 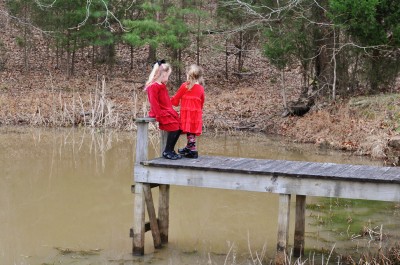 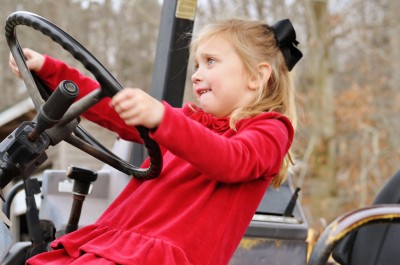 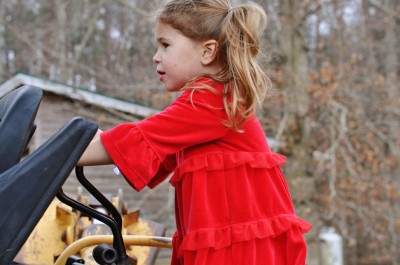 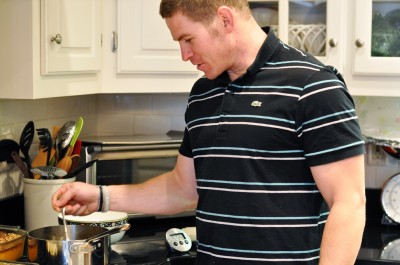 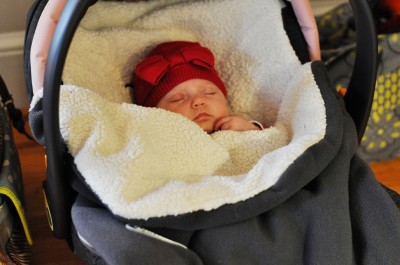 I saved the best for last! Here is our Dewar family picture. I should have shared the outtakes as well. There was the one where I positioned the camera to cut off Pete’s head, then there was one where Cailee just plopped to the ground right before the timer expired – consequently – there was just a hole where she should have been. The final image actually had Cailee closing her eyes as tightly as she could (so I think it was intentional). I had to work a little photoshop magic to get us all smiling and looking the right direction. I think we are a good looking bunch! 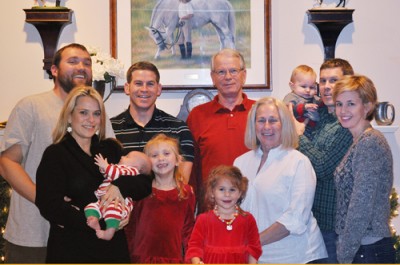