So Cailee had her first (and last) official soccer practice this weekend as a member of the rockets er fishies team (the first game is next weekend). Coach Kelly originally called Cailee’s orange team the rockets, but then on second thought, after observing the team, since they hung so closely together like a school of fish – she referred to them as her little Nemos, or fishies.

It was a crazy humid, muggy morning and Cailee’s favorite activity was the water break – but all in all she showed everyone she had some game (ok, truth be told, there is a lot of work to be done) when she was out on the field. They worked on throwing the ball in from the sidelines and then kicking it into the net for a goal. They passed the ball back and forth to each other and even played a few practice games. It will be interesting to see how it all goes down when its the real deal – but I am suspicious they might not even keep score if this weekend was any indication. Every parent seems to have one common goal – my kid needs some exercise so wear em out.

Coach Kelly insisted that all the kids wear an orange shirt and the only one I could find was this cheezy walmart shirt – which sparkled. Not all bad, considering it was ironically soccer themed, however by the end of practice the glitter all over her face and clothes. Hopefully next week, we’ll have their jerseys. 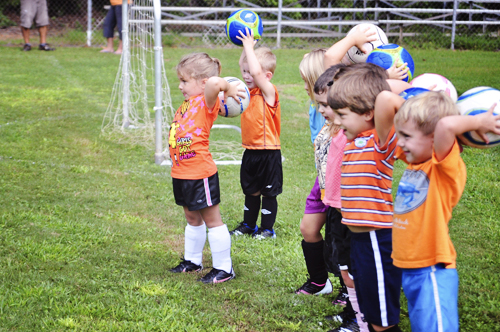 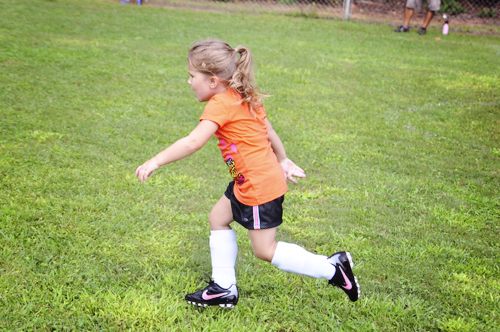 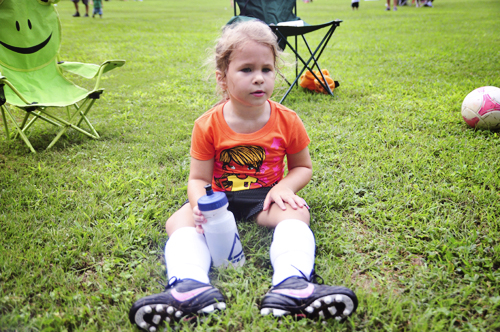 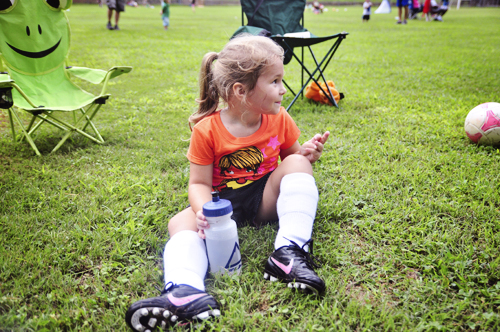 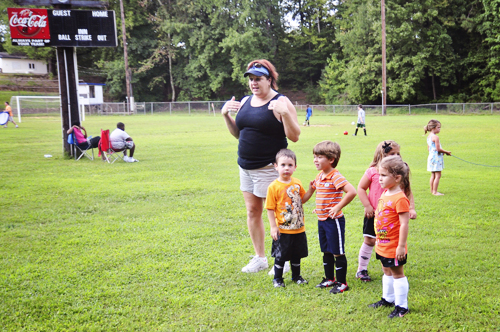 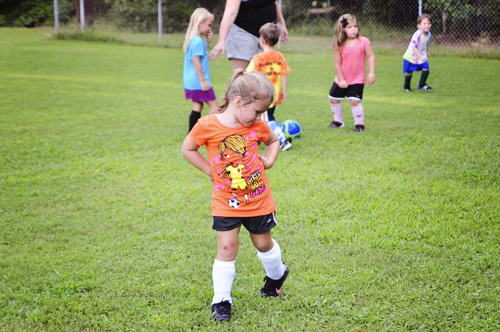 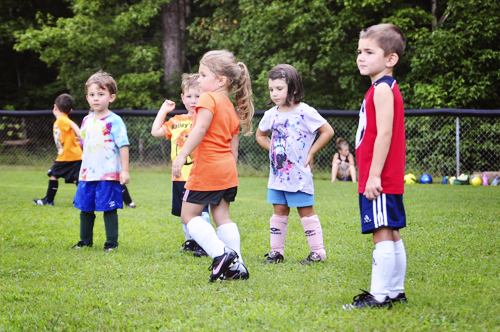 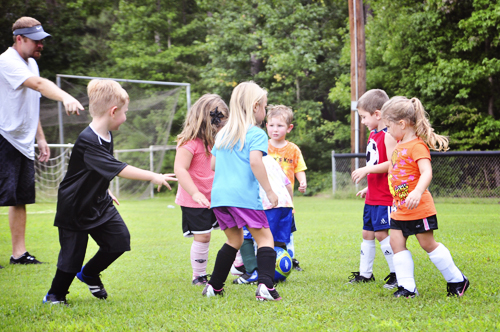 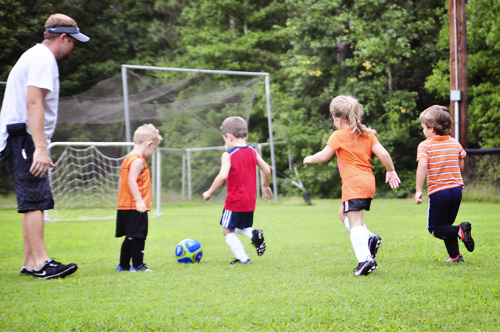 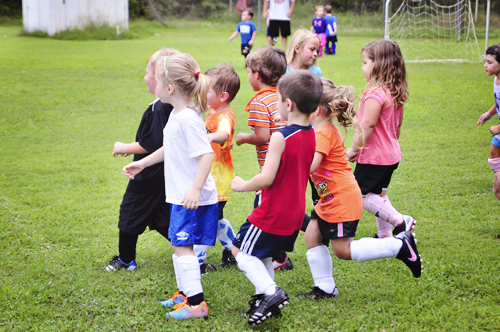 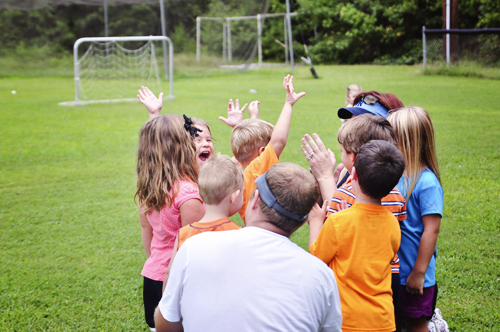