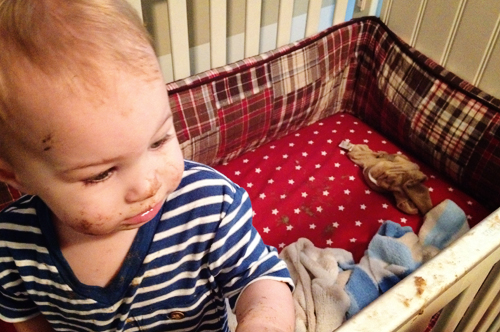 So the past few weeks have been difficult around our house for more reasons than one – but all related to the same topic – potty talk.

First of all, we had a spell where Cailee decided she didn’t want to go to the bathroom anymore like a big girl and decided she would go #2 in her pants. The reasoning was not clear (I think it started with being constipated therefore it hurt, so she decided to hold it longer, only perpetuating the problem and then seemingly preferred going on her own, rather than on the potty). This lasted about three weeks and thankfully, we are now back to normal (although I would hardly qualify anything in our life as normal) – but that was just a mess – literally.

More recently, we have had an issue where Cailee to talk about poop and peep – all the time. I am not sure where she picked this up – but she wants to call people potty names, she talks in potty gibberish, she wants to tell potty secrets – bottom line – my little girl has a potty mouth – and we have been trying everything to break her of it. Success is iffy at this point, I’ll have to keep you posted on this. I have a feeling everything I am doing to correct it, is being undone at school around the other kiddos.

The winner – take all, was when Connor, this week, decided to take off his diaper during his nap, go #2 (twice) and then smear it everywhere either out of sheer boredom or he was really trying to get back at me for something. Cailee actually woke him up and came into my office and said “uh mommy, I think Connor has a poopy in his crib” – I kinda blew it off – given her inclination towards poopy these days. Little did I know – this was an understatement. It was all over him, all over the crib, the bumper, the sheets, everything. I carried him – at arms length – directly to the bathroom. Connor seemed to think this was all great fun and in retrospect, I can laugh at the mess, but in the moment, it was far less comical. 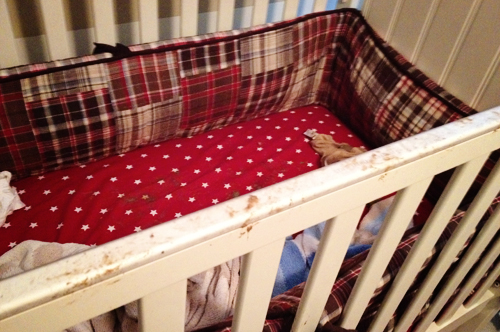 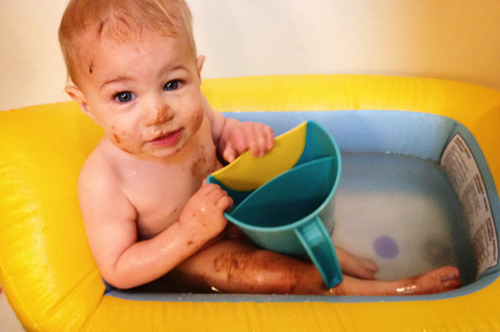 PS. Someone randomly emailed me and asked to buy Connor’s bedding this past week, I bet they would give that a second thought if they could see it here (I wasn’t interested in selling anyhow)