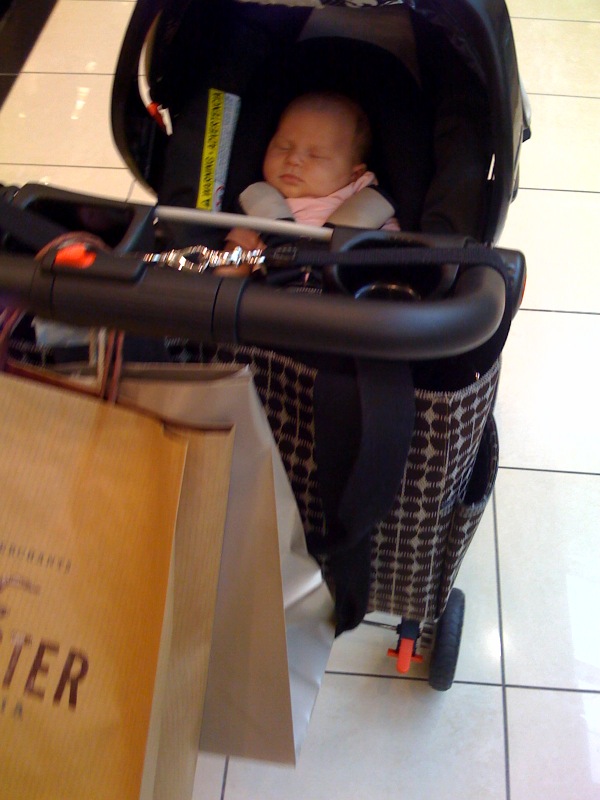 So much more to love… 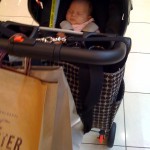 Well that’s the way I have to rationalize it.

Cailee went for her 1 month appointment today (a day late, I might add, thanks to the folks who advised me that today was the 13th when in fact it was the 14th, no worries, I just look like a pretty slack and unorganized mom who misses the first critical doctor appointment). But back to the point. Cailee had to get on the scale and no shock to those of us who have watched her cheeks expand over the last few weeks – the numbers confirmed that she is in fact thriving (thanks Emily, for putting a positive spin on it).

Where most babies gain 1-2 lbs in a month – Cailee has packed on a whopping 4 lbs. Now, to steal the doctor’s words and to further rationalize it – she did have some weight to make up. So this should come as fair warning to anyone – don’t challenge my daughter – because she clearly took note that she was a little on the small size to start and worked her darnedest to make up for lost time. And now we are proud (*I think*) to say she has sky rocketed from the 25th percentile to the 80th. And although we were just aiming for the 50th percentile, average apparently doesn’t suffice her perfectionistic personality (I am proud to have handed down that trait), she’s clearly gunning for 100%. But like I said – its just more round belly, and chubby cheeks to love and we wouldn’t change anything, except her diet, for the world.

So now, operation “de-jelly Cailee’s belly” has been put into effect. No more “newborns can eat as much as they want” syndrome, we are onto the “Cailee can fuss all she wants but can’t eat more than every three hours” plan. I am not sure if that will be a harder hit on me or her, but no worries, to distract both of us from our woos, a little retail therapy was in order today. A few new outfits to show off her soon to be svelte physique is bound to put anyone in a good mood.

That was until tonight when she cried for two hours til it was time to eat again.