Today, Cailee and I left Connor with Daddy and had some mommy-time at Gymboree and then strawberry picking. At first Cailee took off to a single rose bush with bright pink flowers, assuming that was the strawberries, but once she was finally turned around and pointed in the right direction we had a great time, I picked, handed them to her and she ate them. Afterwards, Cailee became intriqued by a water hose and then the young girl (who lived on the farm) who was playing with the water hose. Cailee kept inching forward, gaining courage, yet as soon as she got close enough the little girl did the only thing she knew to do – she sprayed Cailee with the water and the friendship was over before it began.

Next up, Cailee is going to her daddy and daughter dinner at Chickfila (yes, they made reservations). 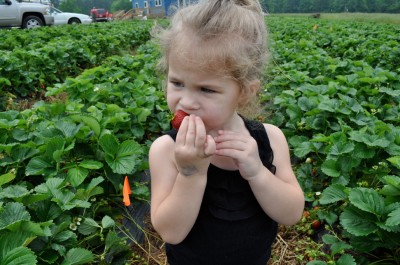 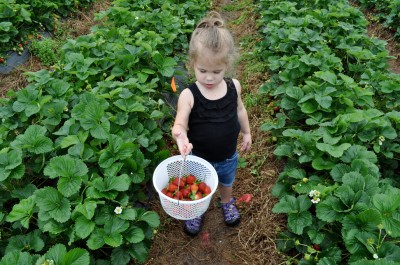 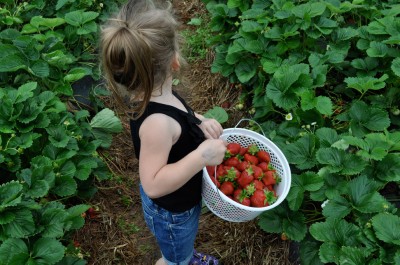 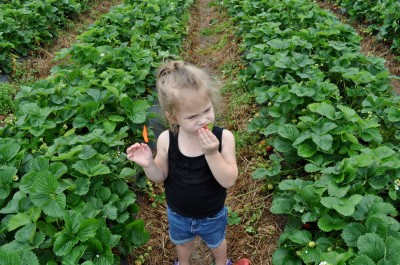 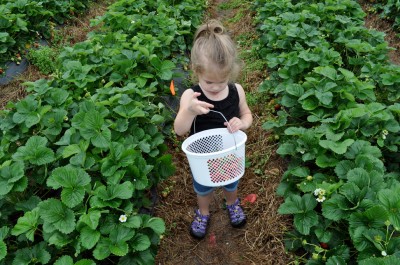 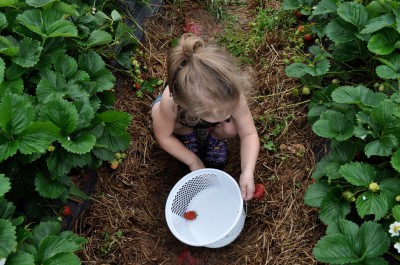 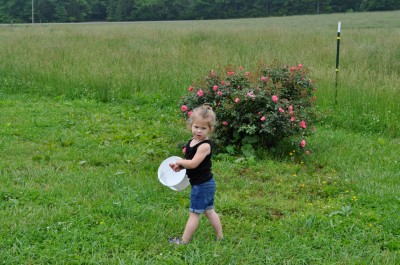 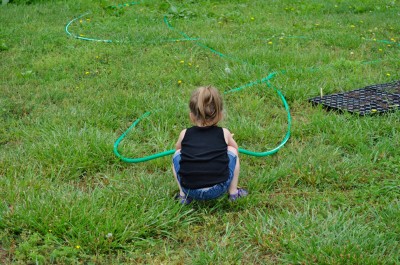 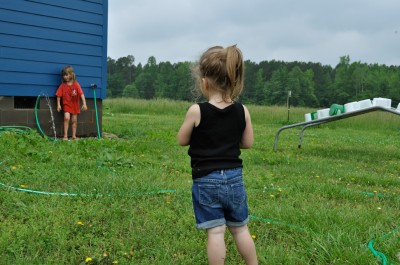 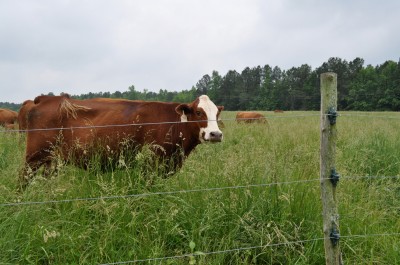