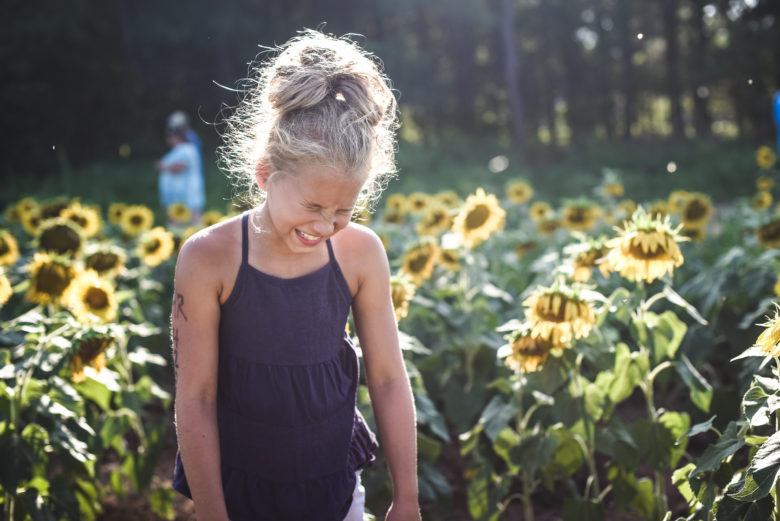 It wasn’t the easiest decision – to leave the beach early. But Cailee was insistent on getting back for her swim meeting. She had already missed one and the competitor in her wouldn’t stand for missing another. So we got home about 10ish, and were up again bright and early for the kids’ last regular season meet in Chapel Hill. Man, that team goes all out – their intro was like a pep rally for the ages I’m sure designed to psych the opposing team out – but honestly, the Hollow Rock kids just found it entertaining. The kids had a good meet – surprisingly, even after a week off.

JJ had gone out of town for the weekend – boys weekend moutain biking in Asheville/Brevard – so it was just me and the kiddos for a few more days. For a while, I had really wanted to go to the sunflower festival at Dorthea Dix. Everyone was posting these great pictures online so I had big plans too. I really wanted to time our trip for when it was the “golden hour” when the sun was starting to go down – it generallhy makes for the best pictures. Little did I know, sunflowers actually turn towards the sun, so when the sun is going down, so are the sunflowers. You literally had to sit under the flowers to actually get any flowers in the shot. Plus, the kids were thirsty, the dirt was a plenty and bees were everywhere, so I didn’t have near the luck I thought I would have at getting these picture perfect poses, but we went, we saw, we conquered.