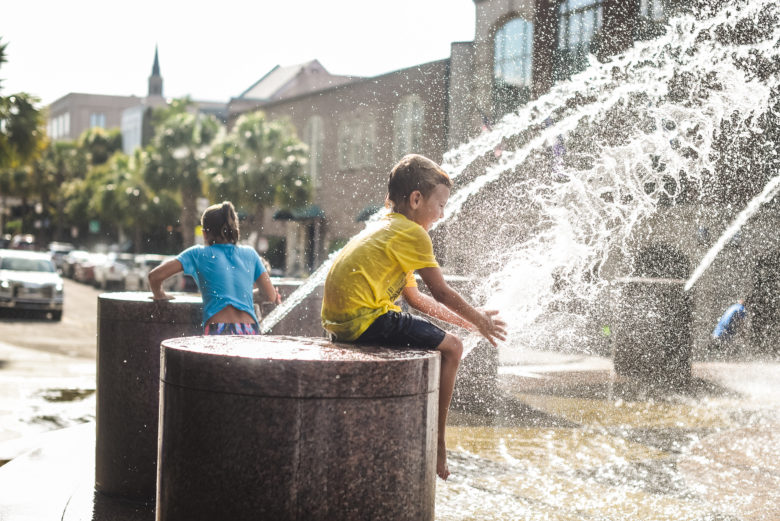 Every year we head into Charleston at least once so this trip was no exception. There are a few things the kids look forward to – the fountains and the candy store. Yes, the same candy store we have at the mall back home, but maybe the difference is here they know we’ll let them get something. So we hit up the candy store and then lunch at Bubba Gump Shrimp. Maybe not my favorite place, but the kids ended up loving it because of the rubber ducky races – that’s all they cared about. We did a carriage ridge – because we always do a carriage ride – although we always think we end up with the same route. We ended the day at the fountains. I didn’t realize Connor would get as into it as much as he did. But after much pestering to get in the fountain, I gave in. He got soaked – going so far as to sit right in the middle of the fountain. It was great fun until we realized he had to go to dinner like this – soaking wet – because I hadn’t thought to bring a change of clothes. I won’t make that mistake again. He was a trooper though and we ended the evening with a good dinner at The Fat Hen, one of our favorites in the Low Country.