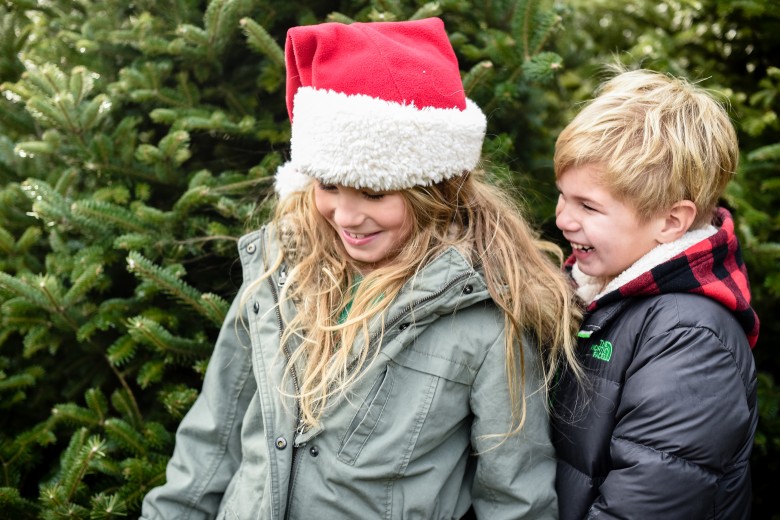 To the mountains we go

I don’t know how many years it has been – but every year its been our tradition to go to the mountains to get our tree. This year was no different – we headed up to Blowing Rock and stayed at Chetola Lodge – it’s become our go to spot. First time in a while, it was cold – with a trace of snow on the ground. So little that the kids were picking it up off the street in an attempt to eat it – we had to watch them. I know typically no one asks for cold weather but something about it being chillier when we are in the mountains to get our tree just helps usher in the holidays (and it sure beats 70 degrees at the tree farm). The other upside – we were able to go snow tubing – usually the parks have not started making snow by this time in the year – but the cold temperatures made it possible and made the slopes faster (and dryer) than last time we tried. The downside – the kids got into the swimming pool but I wasn’t getting anywhere close to it this year (even though it’s heated – it always feels a little chilly in the indoor room).

A funny story we are sure to re-live year to year – on Sunday, we snagged some bread at the breakfast – last year we watched some other hotel guests feed the ducks so I thought that seemed like a good idea. We headed out to the pond which was frozen found a few geese (mistake one), at an arm’s length – we started throwing bread chunks at the geese (we know they can be a bit agressive), all of a sudden we heard a commotion and it turns out the entire flock came flying across the pond and came in with a landing – they went skidding across the pond – it was funny and scary at the same time. We threw our last crumbs and got out of there – with a few geese running after us.

We scrambled to safety, got a good tree (we are still a little gunshy with the bigger trees so we tend to go small these last few years after our tree fell) and made it home to put it up and decorate.

Note to self: Cailee put the star up this year – so next year it’s Connor’s turn. That was a contentious discussion – I think some bribing might have transpired as well.