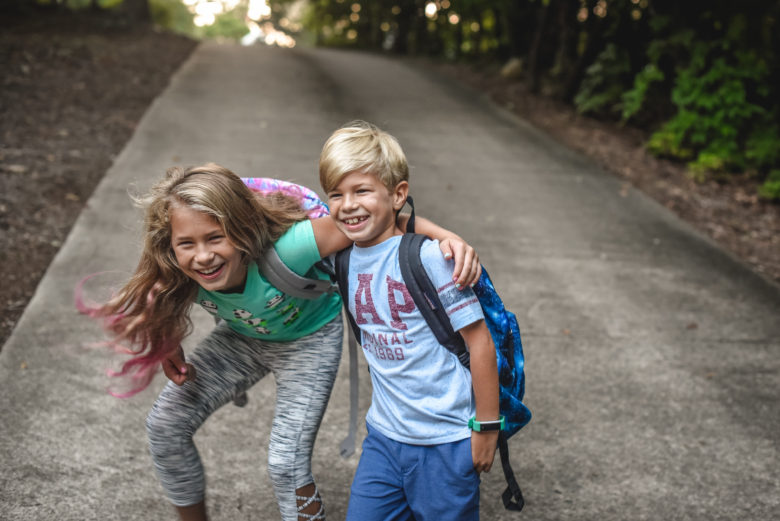 Man, the summer just flew by. I probably say this every year but this time around I was a little weepy now that its time to go back to school. The summer ending always feels like the end of something, one less summer with the kids at home, I guess. They really do grow up sooo fast. The kids were excited for school to start, but I think for Cailee, that was mostly because it signals it’s that much closer to her birthday.

Cailee is going into 4th grade with Ms. Powers and Connor will be starting 1st grade with Mrs. Grabowsky. It wasn’t who they thought they wanted originally but everyone seemed nice at open house, putting any concerns at ease. Of course, I got everyone up early so we could take our obligatory pictures but I didn’t accompany the kids to school – I didn’t think I had last year – but Cailee insisted after the day was over that I had and she was upset I didn’t go today – talk about mommy guilt. Note to self, be sure to walk them in next year, and the year after that – as long as they aren’t too cool for mom to walk them into school.