As promised, here are some pictures from Cailee’s actual birthday. For as long as I could remember, birthdays have been a big deal – my mom made sure to make a really big deal about birthdays and I plan to always follow suit. Because, as Cailee told as this year “You know Mommy, I was born on my birthday” – so its an extra special day in my book.

We kicked off the day with a chocolate chip waffle in bed complete with a lit candle and a birthday solo by yours truly. Cailee called it her birthday snack. She got a small gift in the morning (thanks JJ for playing Mr. Mom this week and doing the birthday shop while I was buried under with work), some jewelry to wear to school and butterfly glitter tatoos – her own “cutie mark”. At her insistence we put on a tatoo and then promptly removed it. (She finally warmed up to the idea later in the day after watching Miss Anna put on a tatoo and has worn one ever since – peer pressure can be a good thing sometimes). At school, she had cupcakes and her classmates all created a large card for her – I think she felt really special – she came out of school beaming about it being her birthday. 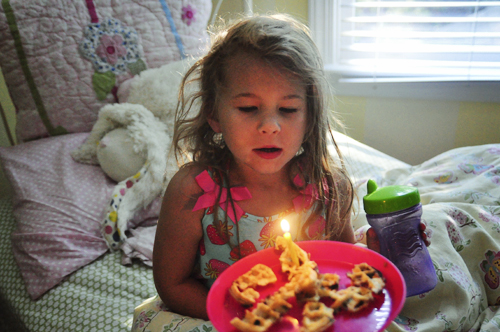 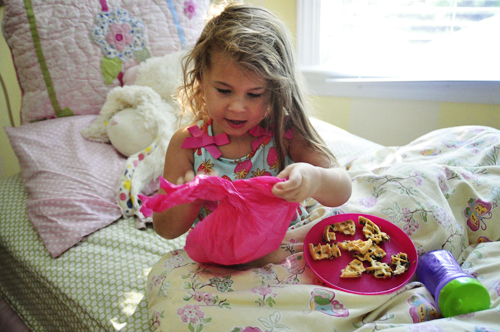 Wednesday night we opted to skip Cubbies in lieu of some Cailee-time with the fam at Chuck e Cheese (which she thought was “Macaroni and Cheese”).

We pretty much had the run of the place (for those of you local – middle of the week must be a good time to hit up chuck e cheese) and took full advantage. Connor was enamored by one car in the place and spent 99.9% of his time crawling in and out, in and out of the car. Cailee actually surprised me with all the games she wanted to play and even more so that she was acutally pretty good (I guess its hard for me to realize that my little girl is 4 and really growing up) – for example, I had no idea she would want to do the basketball shooting game, but it was the first one she went to and she was really good (except for the stray balls that would riccochet off the glass and end up in the opposite direction of the game, she had good style).

We got a personal visit from Chuck E himself with a birthday cake and pizza (Cailee loved him from the security of her seat on the other side of JJ) and Connor was petrified and cried during the entire Happy Birthday song (Chuck E was towering over top of him).

Cailee’s goal was to amass enough tickets for a princess crown she had spotted at the prize counter and after investing about $30 bucks in coins and an endless amount of games – we got it (item value 25 cents or less, but her pride at having accomplished it was worth it all)! 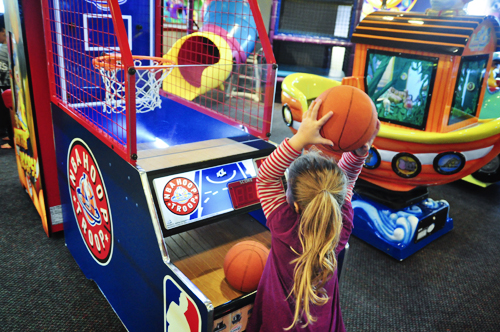 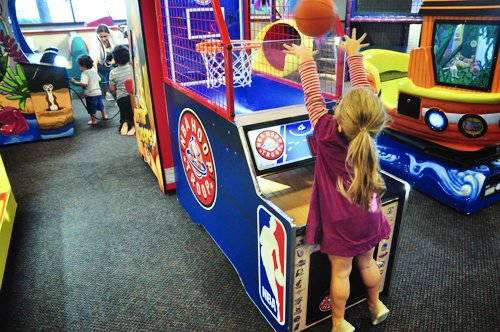 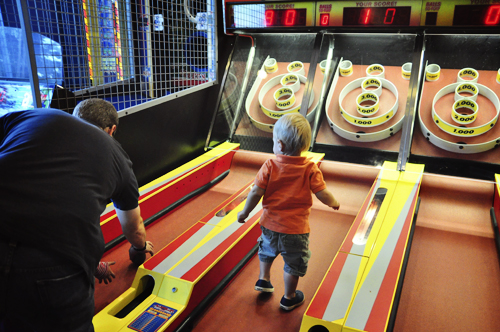 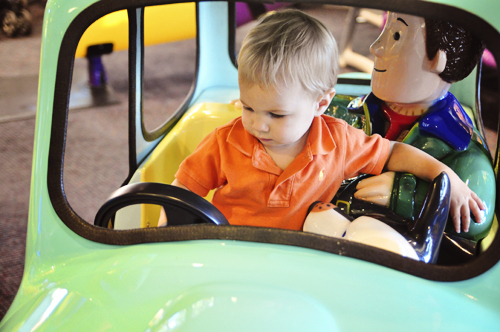 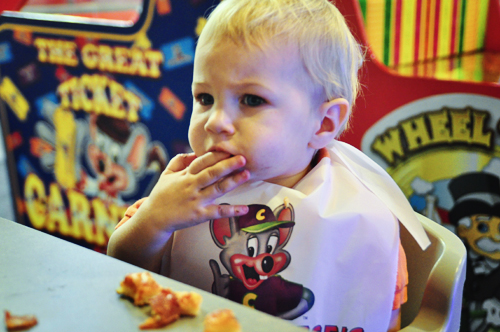 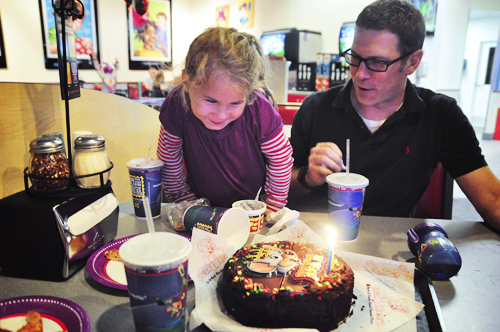 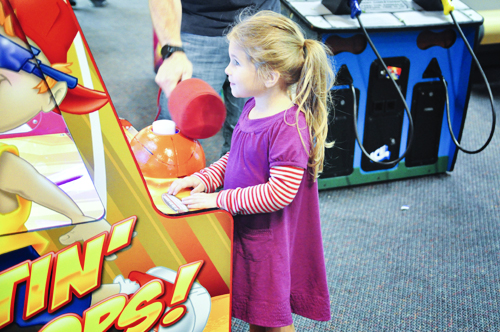 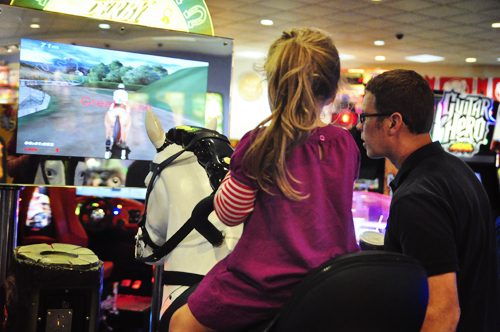 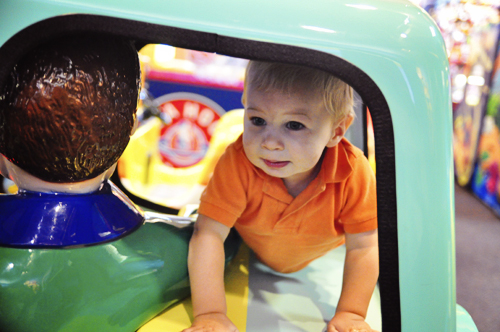 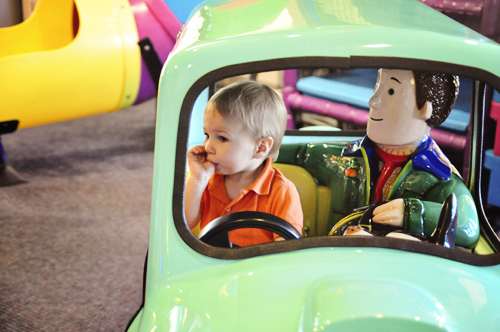 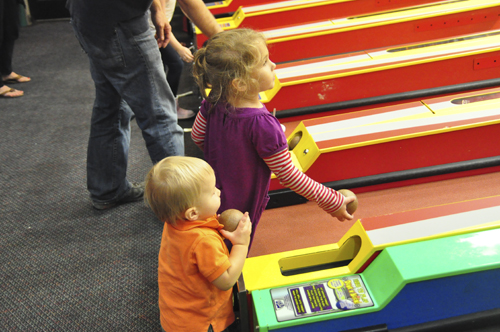 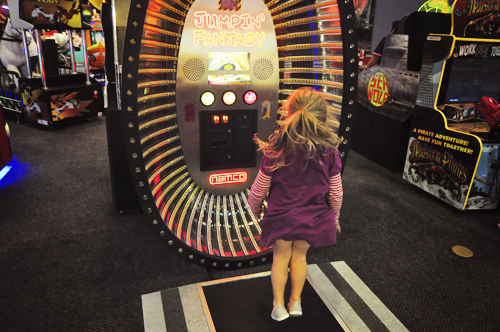 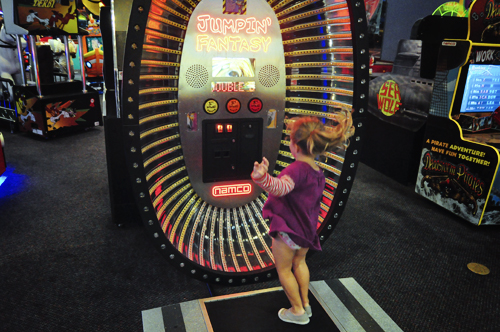 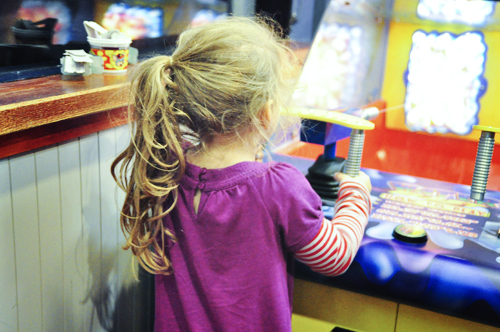 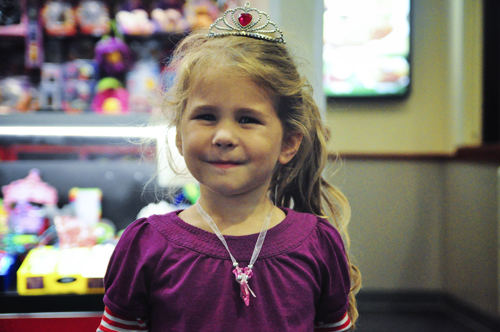