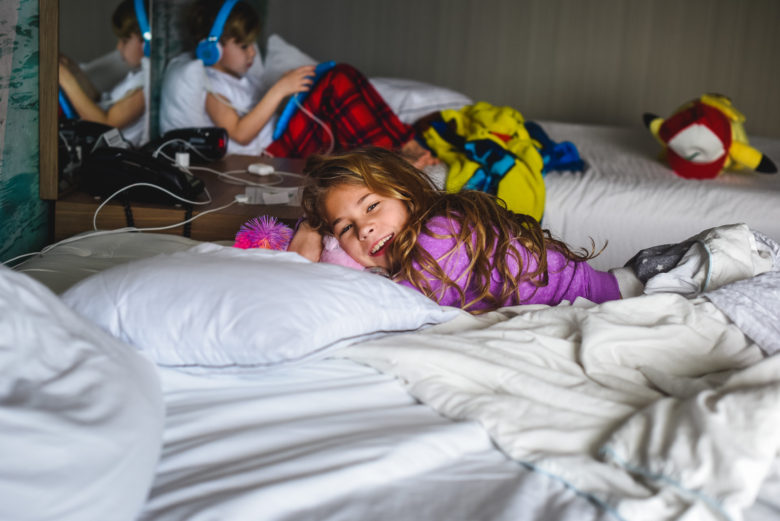 This year, we decided to take Connor with us to Virginia Beach. I decided if he could put up with one day at the Gymnastics meet – he would enjoy going to Great Wolf Lodge as we did last year. So both kids got to skip a day of school and Thursday night we headed to Virginia Beach. This is one of my favorite meets because its got great views of the competition/stadium seating (and plenty of it), it’s bright so I can take photos that actually come out and these judges score unreasonablly high which is great for the girls’ confidence but can be a little off putting since everyone is getting high scores – you can easily score close to 38 and still end up 5th which is pretty much what Cailee did.

She got a 9.5 in vault (ridiculously high for Cailee), 9.650 on bars, 9.4 on beam, and 9.3 on floor. The judges seemed a little more realistic on floor, so with a 37.850, she was 5th AA. She was pretty upset, even girls on her team that scored lower, placed higher and that really upset her. For Cailee it’s still all about how well she places. For me, I just want her to do well, which she did, but I get upset with her when she doesn’t see that. Fortunately, the only thing that upset Connor was when he couldn’t charge his ipad enough to play it. We finally found a plug which was close enough for me to keep one eye on Connor and the other on Cailee.

The good news is that all of these circumstances were soon forgotten when we got to Great Wolf Lodge across town (although they were a little upset to have a fireplace in the room instead of bunk beds – how spoiled are my kiddos??). Of course, we did the water park and the arcade, but this time around we also chose to do Magiquest. It’s like a glorified scavenger hunt with a wand. You have to find specific objects and point your wand at it so the computerized game recognizes that you found it and then you are off to the next one. At the end you have to defeat the dragon to win the quest. Some of the characters are a little suspect to me but the kids really enjoyed the scavenger hunt aspect, even if it was a lot of up and down stairs (a LOT of stairs). We had no idea how to conguer the dragon, but we got a little assistance and even managed to do that. Now, the kids are on a quest to come back – especially Connor, he claims this is where he wants to have his birthday now.