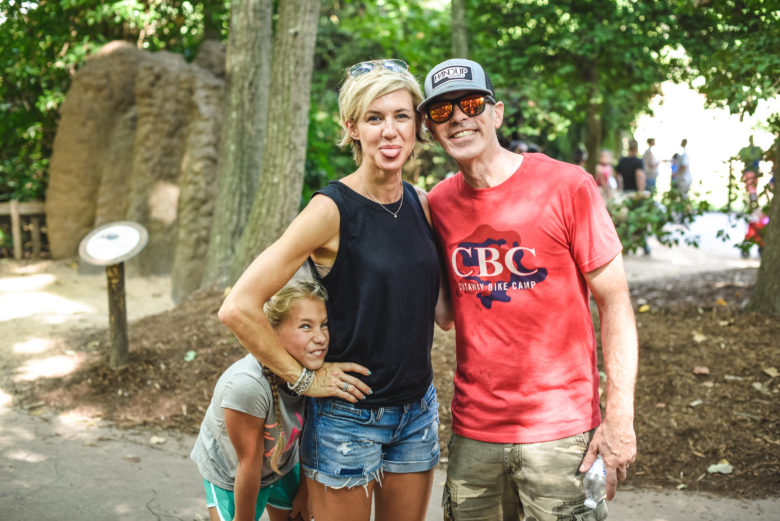 The crazies visit the zoo

Last year, we did our last hurrah before back to school at Great Wolf Lodge. But, since we have a party (or two) coming up at the Lodge we decided, very last minute, to visit some other animals. It turned out to be a great day for the zoo. The animals were out and up close, and we made a day of it. Cailee wanted to see the Polar Bear – closest I’ve ever seen the bear – he was huge and pacing in front of the display window – clearly it was close to feeding time. Connor had his heart set on seeing the Lions. Last time we didn’t see the male but this time we did – saw both the male and the female. We also saw the Gorillas (and he went poo again in front of us), the hogs, the brand new baby rhinos (from a far) and put on an impromptu puppet show (this was a first). Funny story about the feature image, Connor has decided he’s got a little photographer in him these days, so he was the art director for this photo. We made him stand up a bank on the side of the path so he was at least close to eye level and he told us to act crazy, so we did. He took a lot of photos – most ended up blurry but this one hit the mark. Maybe, with my budding photog, this means I’ll make a few more pictures in the coming days.