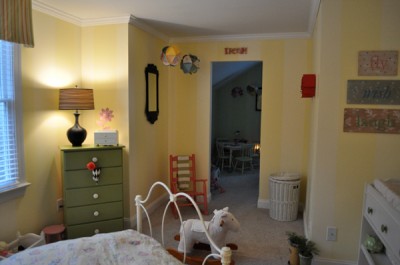 Its hard to believe…

Its bitter sweet to be re-decorating – well more like re-arranging – Cailee’s room into a big girl room. I wouldn’t say its quite that drastic, its still yellow (albeit the new yellow I painted back over the holidays), we are still using much of the artwork, but we finally have her bed (after three months being on back order) and I can’t hardly believe that she is nearly 2 1/2 and ready to make this transition. I’ve removed some of the really baby sentiments even though the changing table, unfortunately is still in the room. It certainly helps that little man is on the way and we only had to move the crib into baby room across the hall, it lessened the blow – but I can’t escape the reality that my little girl is definitely growing up and ever so quickly. 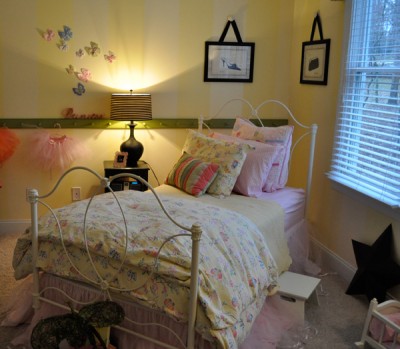 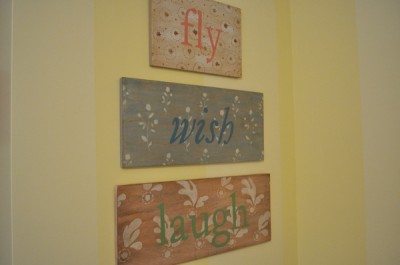 Going from crib to bed was not nearly the challenge I expected (from Cailee’s perspective). We actually did that back in December, starting with just the mattress and boxspring on the floor, then moving to an old frame we had and now finally we have the complete ensemble. We thought for sure she would want to get into the crib that first night, we were convinced she would fall out. I can confirm, the former didn’t happen – not at all, although now that the crib is in the baby room she wants to get in it just to jump. And as to falling out – I can’t promise that didn’t happen – but there has been no injuries or crying (although we often hear a lot of thuds) so the assumption is that even though she gets in and out til the wee hours of the morning some nights (and we sit downstairs listening to her run across her room and back) – she is loving every minute being in her “big girl bed”.

Speaking of growing up – JJ has also made great strides lately – since he has been at least 2 (ok, that might be a bit extreme, but I am sure this would be considered antique by all accounts) JJ has used this Sony cube alarm clock. I am sure they don’t make them anymore, but its the one where the alarm blares at one volume (loud) and when you turn it off you have to run through all the other options too – radio, horn, etc. I’ll give Sony props, it still works (darn it) but seeing as we are finally willing to part ways, I will gladly hand off to the highest bidder. JJ has now moved to using his iPhone as his alarm clock with a nice little stand/charger and this makes me very happy. Even though we often snooze several times, for some reason it just doesn’t seem as abrupt and visually, this is just so much more aesthetically pleasing, so that makes up for a few interruptions to my early morning sleep. You might not get it, but I had to make special note of this – because, in our house, this is just momentous. 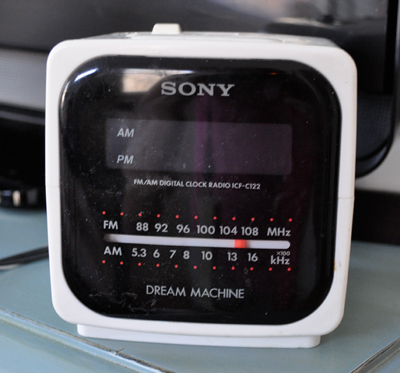 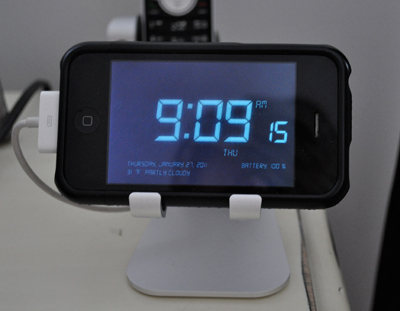