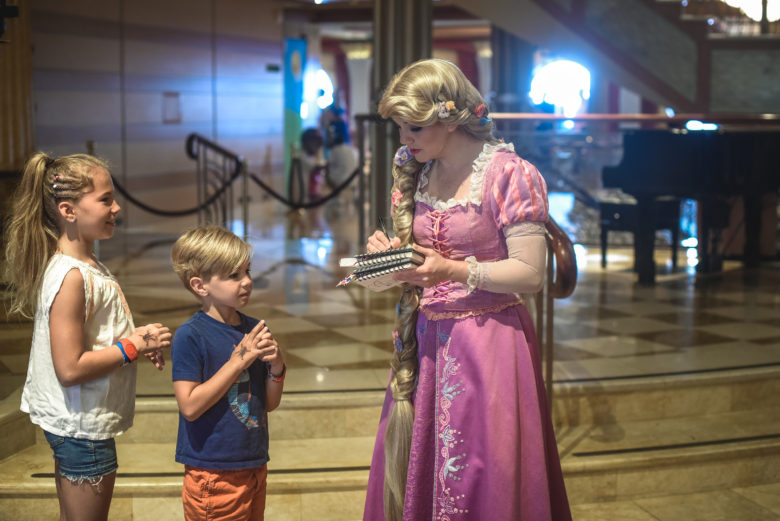 Our last full day on the boat was a travel day. I had gotten tickets for the kids to meet the Princesses and so that was first up for the day after breakfast. Then we did the pool (more ice cream), had pictures taken with Stitch (the kid’s new favorite character) and more time in the kids club. JJ and I had reservation for dinner at the nice restaurant on the boat – Reme. It’s supposed to be a 5 star experience. I considered it an early Anniversary dinner. We were hoping to catch one of the shows afterwards but the kids (ok, Cailee) were reluctant to go to the kids club for several hours even though all their favorite activities were planned that evening. We promised to check in on them after dinner before the show. As it turned out – Dinner was such an event (it was quite good), it took 3 hours by itself. So I was a little worried because Cailee would think we hadn’t checked in. So we rushed to pick them up afterwards and they hadn’t even noticed how long we were gone. They would have stayed longer if given the choice. Go figure!